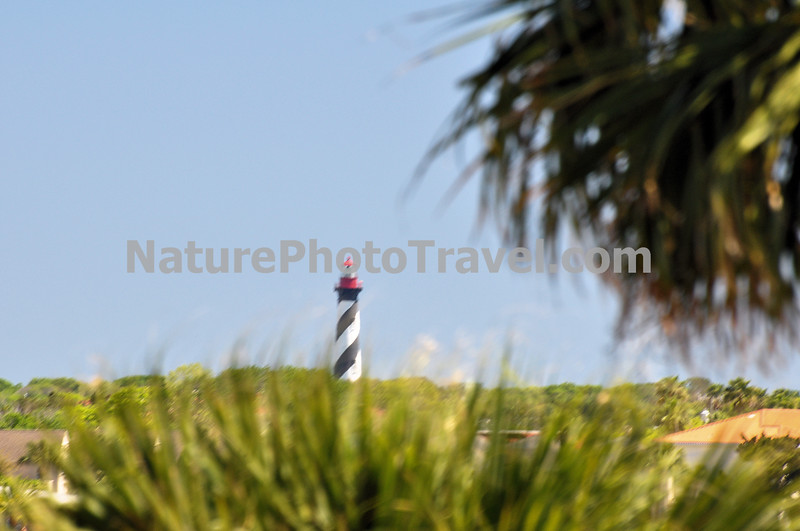 St. Augustine Lighthouse (From Castillo de San Marcos): The St. Augustine Light is an active lighthouse on the north end of Anastasia Island, within the current city limits of St. Augustine, Florida. The tower, built in 1874, was the site of the first lighthouse established in Florida by the new, territorial, American Government in 1824. According to some archival records and maps, this "official" American lighthouse was placed on the site of an earlier watchtower built by the Spanish as early as the late 16th century.