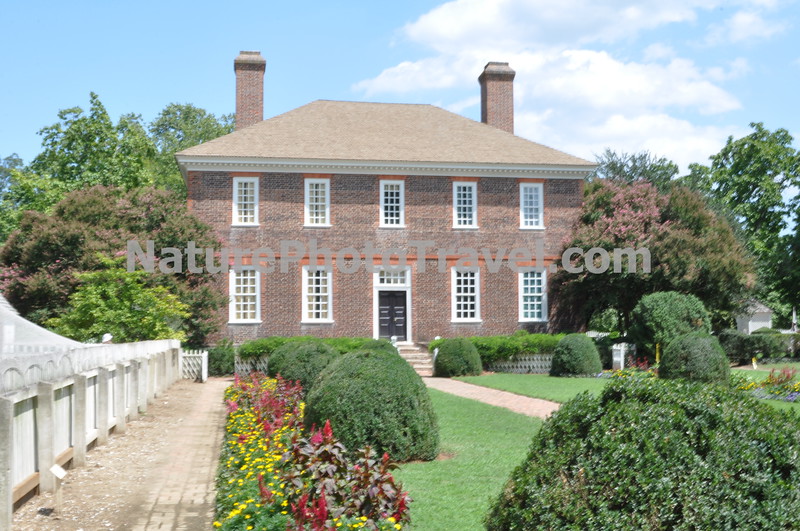 George Wythe House: Located on Palace Green, belonged to George Wythe, a leader of the patriot movement in Virginia, a delegate to the Continental Congress, and Virginia’s first signer of the Declaration of Independence. The house also served as General George Washington's headquarters just before the British siege of Yorktown, and French General Rochambeau made the home his headquarters after victory at Yorktown. In 1776, the house accommodated Virginia General Assembly delegate Thomas Jefferson and his family (Jefferson studied law under Wythe). Interpreters state that the door handle (black doors pictured) is original to the building and was used by George Washington, Thomas Jefferson, other historic figures -- and you!