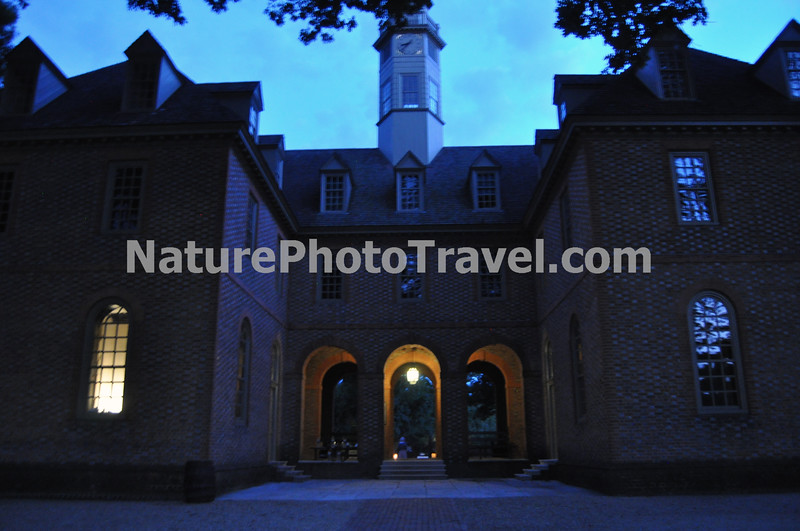 Colonial Williamsburg: Capitol (NIGHT): After fire destroyed (for the third time) the Jamestown Statehouse in 1698, the burgesses decided to move the colony's government to Middle Plantation, soon renamed Williamsburg. On May 18, 1699, they resolved to build the first American structure to which the word "Capitol" was applied. A two-story H-shaped structure – really two buildings connected by an arcade was designed.

The first floor of the west building was for the General Court and the colony's secretary, the first floor of the east part of the building was for the House of Burgesses and its clerk. Arched windows marched across the facades.
Stairs on one side led to the Council Chamber, a lobby, and the Council clerk's office; stairs on the other side led to three committee rooms. A second-floor conference room connected the classically corniced structures.