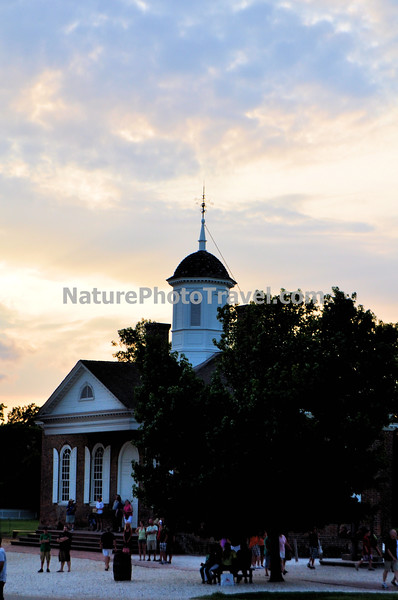 Colonial Williamsburg: Courthouse: Central to the life of the community in colonial times. The Declaration of Independence and Treaty of Paris (ending the Revolutionary war) was read from its steps! Here were heard debt, livestock and ownership disputes as well as crimes such as theft. Punishment was quick; the whipping post and the public stocks stood just outside, a few steps from the prisoner's dock. Serious cases involving free subjects (ones for which the penalty touched life or limb) were the province of the General Court, which met each April and October in the Capitol.